Phototypesetting’s last hurrah in the late 1970s was a prolific mix of good and bad. New type ideas mixed influences from many different eras. Borax is an examination and summary of the most influential ways old ideas were remixed into something new in search for that elusive balance. […]

The evolution before the revolution

The late 1970s were a fascinating time for type in many ways, good and bad. The ad industry was a massive continent protruding out of the ocean that was the print industry. Cold type tools had matured to the point of common accessibility, which triggered a glut of illicit use, rushed faces and badly done knockoffs. The race to capture eyeballs became cutthroat, and participants in that race competed on everything, from price to turnaround and whatever could be found in between.

The days of peak phototypesetting seem like quite a mess in retrospect, but at the time the excitement of working with such a variety of technologies was still prevalent, and in more ways than one cold type’s messy reputation was directly caused by those technologies. However, there were some veteran type design pros who had been around those technologies for a while yet still managed to maintain a clinical perspective. Enough of them recognized the spurious noise for what it was, and tried to cut through it with new ideas. In type, new ideas invariably build on older one. The focus was turning from form to function, and in the 1970s they began taming some wild form with classic function.

Some of the high-end type houses and designers back then — the type influencers of the time, so to speak — went down the true and tested paths of older days. They sought to modernize the transitional genre, which was re-envisioned to great effect and fanfare by Times Roman a few decades earlier. So they started by overtly injecting it with modern traits, among other things. While superficially this kind of genre cross-breeding can seem silly to some and even sacrilegious to others, it can actually work well if done with enough restraint and subtlety. Furthermore, doing it right can result in new typographic perspectives that in this case proved to be catalytic to the continued growth of type design.

Trying to exercise restraint while working within a hedonist late-1970s mind frame is not easy. Subtlety isn’t what those days are remembered for. So Borax took a while to make.

Borax is the result of researching how type was used in many (too many!) ads, book covers and vinyl album sleeves from the second half of the 1970s, trying to deduce what the type designers were attempting to accomplish with their faces, then re-attempting to get them there in a 21st century design functionality context. It was really the kind of the passion project in which one can get insanely carried away. Quite a bit of waxing, buffing and sanitizing happened during an on-and-off, decade-long process, so naming the final product Borax made pretty good sense.

By the very nature of its initial brief and purpose, Borax owes some of its structural DNA to a few typefaces that became popular during the few years before desktop publishing, particularly some made for ITC by guys like Tom Carnese, Tony Stan and Ed Benguiat, who at the top of their game had also repurposed classic type DNA to set typographic trends. There really isn’t a major lesson to be learned here — unless you’re very interested in the inner workings of technological shifts, or a type nerd who sees grand design, continuity, and an inevitable ouroboros in the winding turns and twists of history.

Almost-finished work that sits on the back-burner for years is like a numbing brick of guilt one just gets used to carrying. So it’s very much a relief to finally release this font family to the world. And here you go: Canada Type presents Borax! A set of eight fonts dissecting and distilling the late 1970s, a somewhat glossed-over but interesting time in type history. Back then an uneasy feeling about a big change coming was in the air. Much like these days, but at a much slower frame rate. 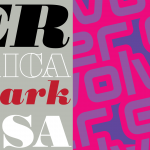